The Science Behind Creativity

Where does creativity come from? Is it a choice, a compulsion or something hardwired into our brains? Guest blogger Pat laFleur, a writer from Newport, Kentucky, examines Jonah Lehrer's newest book Imagine: How Creativity Works. 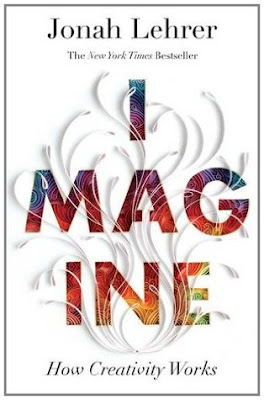 A book that’s NOT pop-psych or self-help? Imagine that…


Before reading Imagine: How Creativity Works, I’d not heard of Jonah Lehrer.  After reading it, I want to read more.

In Imagine, Lehrer leads us through the contradictory neurological functions and sociological environments that make up the long-mystified “creative process.”  His first chapters visualize how creativity and imagination (terms that the author admittedly conflates, for better or worse) can be “transformed from something metaphysical – a property of the gods – into a particular twitch of the cortex.”  On one hand, we have the right-brain cognitive jazz that leads to revolutionary works like Dylan’s “Like a Rolling Stone.”  On the other, we have the diligent marches of the left-brain and pre-frontal cortex that characterize Beethoven’s painstaking revision process.  At this point, Lehrer zooms out of the brain and switches to a sociological register, exploring how our interactions with others influence our own depth of imagination, and vice versa.  Creative powerhouses like Pixar and Wiedan + Kennedy detail how things like departmental structuring, hierarchies, and even restroom placement can make or break an organization’s creative capacity.  By the end, Lehrer makes a case for creativity “[requiring] description from multiple perspectives,” a description rich enough to allow one to read this as a roadmap toward a more imaginative life.  After all, if we’re all endowed with the same cognitive hard-wiring, shouldn’t we all be able to create?

If this is what you’re seeking, though, you’ll likely find Imagine to leave a stale aftertaste.  This is partially because Lehrer’s story is (appropriately) so complex and contradictory, describing a dancing matrix of distraction and focus, interaction and isolation.  The second, sociological half of the book is more successful in outlining this roadmap: it’s easier to imagine, on one hand, how amicable debate and critique (rather than non-discriminatory brainstorming) among team members leads to more creative solutions than it is, on the other, to imagine relying on amphetamines to give your left-brain a boost.

But Lehrer is careful to remind us that creativity is not easy.  As such, his success with Imagine is not in providing a creativity “how-to” book, nor in proposing a pop-neurology for creating something out of nothing. No, the ultimate triumph of Imagine lies in its taking a phenomenon that, to some, feels so intuitive and, to others, seems so alien, and presenting its process in such lucid and thorough terms as to demystify it and remind us that it is, after all, a very human thing.

That’s why tomorrow I’ll be picking up copies of How We Decide and Proust Was a Neuroscientist.  Lehrer possesses the ability to draw connections between seemingly disparate things, giving us one more example of the creative process he’s described.  I can only assume his other books do the same.

To read more articles and reviews by Pat laFleur you can visit his professional site for more details.
Posted by Shawn Daniell at 7:09 PM